The Communications Division oversees communications throughout the City organization, providing timely information about City services, programs, and events to the community, including residents, businesses, media, employees and other stakeholders. Communication staff provides strategic communications, media relations, digital content for website and social media channels, publications such as the City Connection, Parks and Recreation Brochure, and Calendar, along with video and public meeting coverage through Savage TV. It also oversees the Advisory Communications Commission which provides input on various initiatives.

City Connection
The city newsletter is published and delivered to all Savage residents and businesses each month in their utility bill. Read current and past City Connection Newsletters.

eNews
For those who prefer email notifications, subscribers can receive after council meeting recaps as well as special announcements, important reminders and alerts to their inbox.

Cable Access Television
The City of Savage operates a government access television channel that broadcasts the meetings of the City Council, numerous city commission meetings, as well as community and public service announcements.

The City contracts with Mediacom Communications Corporation and Nuvera to deliver cable television service to residents and businesses in Savage. The contract is known as a franchise agreement, as defined by the Cable Act of 1984. Under the cable franchise agreement, Mediacom and Nuvera pay the City for locating the cable system in public right-of-ways. These funds, known as franchise fees, form the City's Cable Television Fund. A portion of these funds are used to support programming on the City's PEG access channel. No general levy taxpayer funds are used for PEG access operations.

YouTube
The City produces videos to keep residents informed on new programs and offerings in Savage. Visit our channel.

The City has an active presence on social media, connecting with residents, businesses and visitors on a variety of social networking platforms. 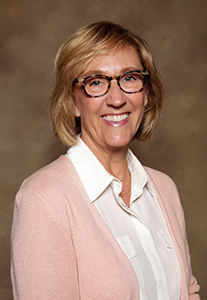