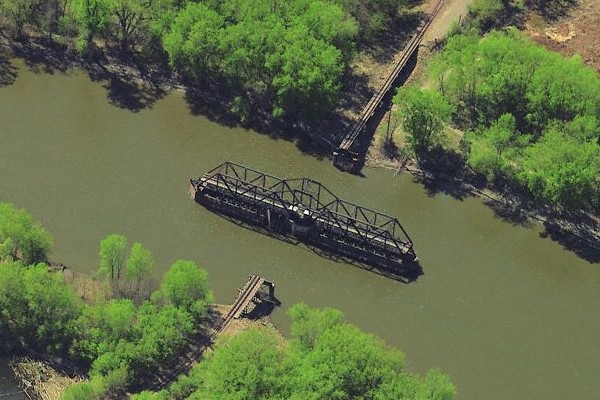 The Dan Patch Line Bridge was built by M.W. Savage in 1910 for $50,000 to carry passengers across the Minnesota River on the Dan Patch Rail Line. It was a center pivot swing bridge, swinging open to allow barge traffic to pass on the Minnesota River and swinging closed to allow trains, and eventually cars, to cross from Savage into Bloomington. While the rail line and bridge are still intact, it is no longer used,  but that could change. Recently there has been renewed interest in its transportation potential as part of the overall transportation discussion in Scott County. Savage city officials along with several neighboring communities and Legislators are discussing the benefits of using existing rail lines like the Dan Patch Line to improve mobility across the Minnesota River and expand passenger rail service throughout the metro, state, and region.

If you are interested, you can explore more about Savage’s past at the Savage Public Library’s Heritage Room.